After living abroad for 24 years, I returned home, thus capping my own migration from native to non-native and back to native cultures; and also from dense, urban places to the tranquility of a rural environment.

In Belgium and Korea, my surroundings were buildings and noisy, crowded streets. Now I walk and run along creeks in forests and farm fields and see wildlife instead of people. I listen, distinguishing between silence and the sounds of quiet.

Observing for a year, it was subtle change that spoke to me when I first returned. Change was most obvious as creek stones carried and moved downstream by the current. I began to think of this change of place in simplest terms: presence and absence.

My mind focused not only on where a current-carried stone settles, but also the hollow place left behind. The empty spot where the rock used to be is as important as where it is now. The hollow, the negative, the absence is memory.

Lines made by flowing water became indicators of direction, pointing ultimately to goals.

In addition to creek stones, I collect storm debris, often in the form of fallen sticks. I choose the sticks and branches for their lines. And, like the creek stones, I think about where the sticks were before the violence of storm winds tore them from the parent tree. 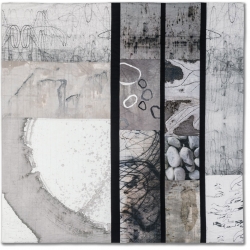 This (the gray of absence) 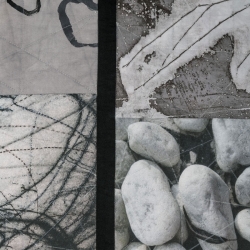 This (the gray of absence) detail 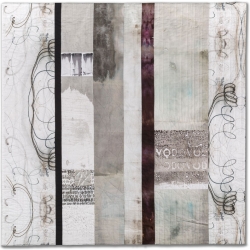 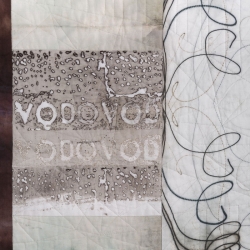 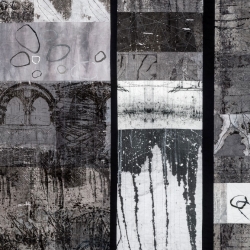 And The Deep River Ran On 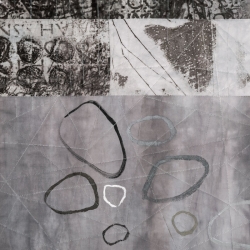 And The Deep River Ran On detail 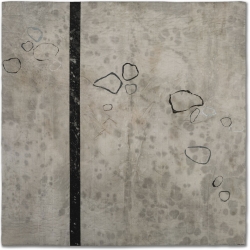 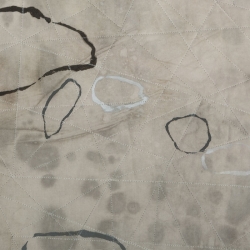 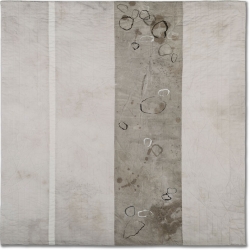 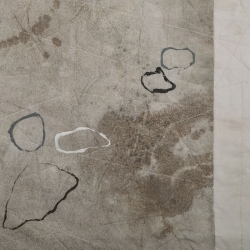 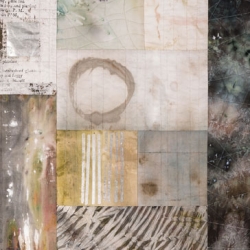 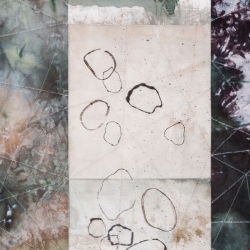 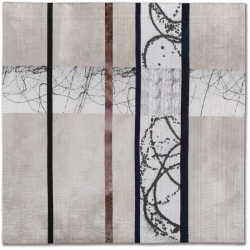 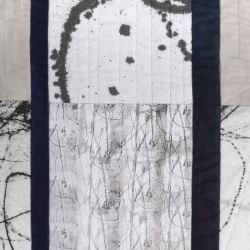 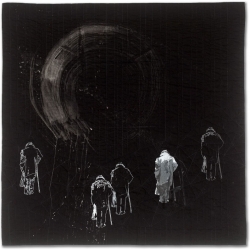 Future is in the Water 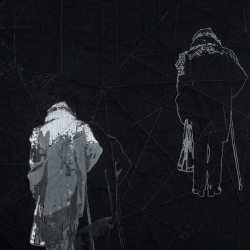 Future is in the Water detail 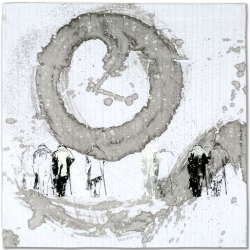 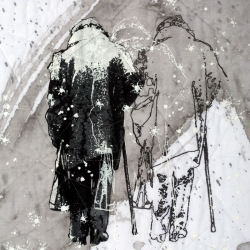 Past is Present detail 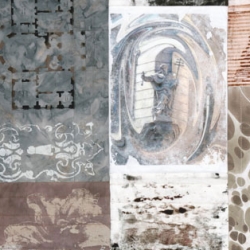 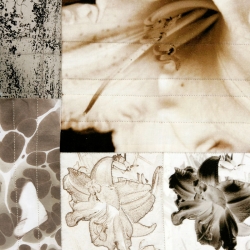 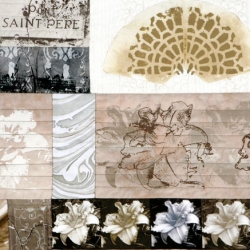 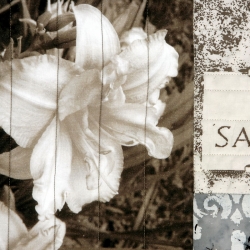 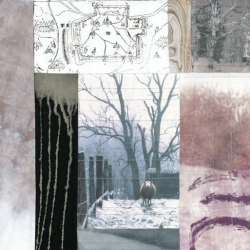 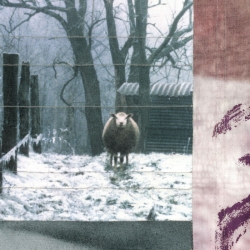 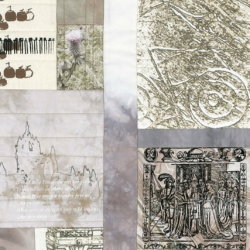 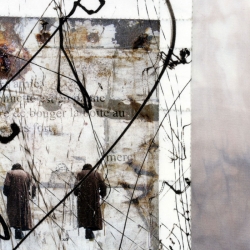 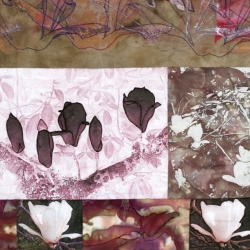 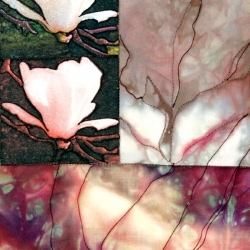